5 Reasons Why Crossovers Are Better Than Sedans

5 Reasons Why Crossovers Are Better Than Sedans

Crossovers came to dominate the global market in today’s world. For many years, they slowly but steadily gained their market space. Consumers demand gradually shifted towards fuel-efficient SUVs, which have become an alternative to minivans and station wagon cars. But will a crossover be cheaper than a family sedan or a minivan? You can learn why the crossover can be a better option for you.

Of course, many car enthusiasts do not like these high vehicles, believing that they have no special advantages over cars. Haters gonna hate. There will always be critics who dislike SUVs. Still, there are many reasons for crossovers popularity.

What are they? We will try to answer this in our article.

What makes us want to impress people around us? The answer is vanity of course. And there is nothing wrong with that. After all, most of us can admit that – we don’t enjoy looking at people who are dressed with no sense of taste at all. Well it’s the same with cars. There are those, which you won’t like because of their awkward appearance. But one thing that many people are attracted to, is an aggressive style. What do you think is one of the reasons why crossovers are becoming popular worldwide?

Modern cars often lack an attractive appearance. Even if the style of the sedan or the hatchback looks good, yet some features may have rough lines. And inventing something new in design is very difficult. But, thanks to crossovers, the new modern car got these aesthetic lines.

2. Better visibility in all senses

Due to their larger size, crossovers have a much more spacious cabin, wider seats and they also offer better visibility. In many models of crossovers, there is a lot less “dead zones” in a drivers visibility range. A driver, who, as a rule, has a higher road clearance in a crossover, sees much further ahead than in a sedan or a hatchback. There are, of course, exceptions to the rule (some models of crossovers have a low road clearance), but in most SUVs visibility is much higher.

As Isaac Newton said, force = mass x acceleration, or something like that (we do not claim to have an ideal knowledge of the exact science). Crossovers are much safer in an accident than their smaller siblings are. Nobody has canceled the laws of physics. The Insurance Institute for Road Safety (IIHS) has repeatedly noted that the new modern sedans or hatchbacks, in spite of their excellent safety, differ from safer crossover vehicles.

Nowadays, there are many crossovers in the car market with three rows of seats, allowing you to take more people than you would in an average sized car. If you have a big family and you drive regularly together, then the crossover is certainly an excellent option for car leasing. Also, in cases like these you might consider a minivan, but that’s a different topic in itself.

5. Capacity of the trunk

In addition to the excellent capacity of a large number of passengers, crossovers have good luggage capacity, thanks to the bigger volume of the trunk compartment. This is one of the main reasons why people are so much into crossovers today.

Perhaps, everyone wants a spacious car with a large trunk. That is why crossovers will never go out of demand and will always have their niche in the automotive industry. 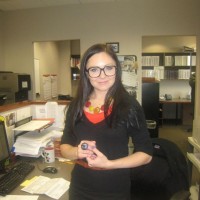